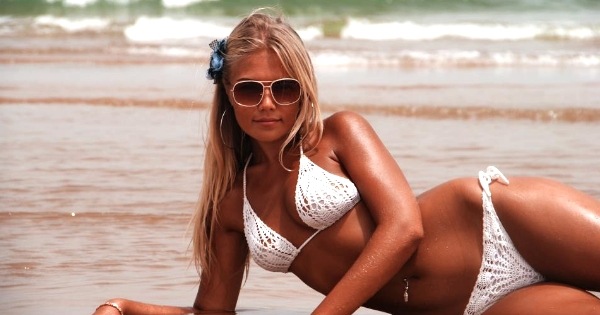 Ukrainian women are world renowned for being the most unearthly beautiful women alive. They are known for their long, beautiful legs, slender frames and athletic bodies.

The well-traveled might call them the most welcoming women in the world, too. It’s no wonder, then, that we flock to Ukraine year in and year out to try and unravel the mysteries of Kiev.

However, in large part thanks to the kind of cultural differences we from the West have to them, lots of guys tend to be unsuccessful in their quest to date or seduce a Ukrainian girl. Truth be told, going in blind is the biggest mistake you could make.

They do share a lot in common with Russian women, inevitably, so if you’ve been with or heard about what it’s like to be with a Russian woman it’s kind of the same. The main difference – Ukrainian women are less emotional to some degree than Russian women.

Whether it’s your first time or you’ve been there before without much luck, this is a handy guide to help you get your way around both the beautiful city of Kiev and all the amazing women it has on display.

When we said Russian and Ukrainian girls have a lot in common, it comes down to the fact that you have to be at the head of the pack. Naturally, you need to make the first move, and from that point on, you’ll have to show her that you’re more interested in her than anything else in your entire life.

Men are supposed to be masculine figures – the leaders and the heads of the society and the family. Take control of situations, make both tough and light decisions whenever possible and be constantly strong.

2. Learn Something About Ukraine and Its Culture

For those that have never pursued a Slavic woman romantically before, one thing to always remember is that they are incredibly passionate about their country.

The West may generally be more developed and the economies might be doing better than those in the East, but no amount of convincing will make them have even a little bit less respect for their homes than they already do.

For that reason, one prerequisite of being in anything long term with a Ukrainian woman is to be open to learning about her country, her and her culture. If marriage is indeed the goal, you absolutely need to learn more about the process of actually finding and marrying a Ukrainian woman.

If you really want to gain an edge over other guys, learn some Ukrainian. It’s pretty similar to Russian, save the writing and the different kinds of dialects that propped up over the years. Pro tip: start watching Ukrainian television to pick up on some really important cues.

3. Be Assertive, but Not Cocky

They say there’s a very fine line between confidence and arrogance, and it rings very true as soon as you land in Ukraine. A new visitor might be struck by how discourteous the men are towards their women.

While you might see it as being rude, most of the times it’s just men trying to be assertive, despite the fact that they often push the boundaries too far. Being assertive while remaining a gentleman might seem counterintuitive to some, and it does take a bit of practice, but it’s definitely possible.

4. Always Be Prepared to Foot the Bill

This point might ruffle a few feathers, but always be prepared to pay for the bill at the end of the date. In all of my experience, I’ve been with maybe one or two Ukrainian women who offered to pay the bill, and even less were willing to split the bill with me when I asked.

The kinds of condescending looks I got from my dates were enough to melt my tongue and 1) pay the bill with no further remarks 2) never ask a Ukrainian woman to split the bill again. Ukraine was early in my international dating adventures so I am admitting this, painfully, so that you don’t make the same mistakes.

A bit more research into the matter led me to two conclusions:

Seriously though: settle that tab.

5. Be Ready with Gifts

One of the first things you might notice is considerably different in Ukraine compared to back at home is the sheer number of flower shops lining the streets. As it turns out, Ukrainian women love flowers.

Ukrainians have always loved flowers as they are symbolic of Ukrainian spiritual strength – they are used to represent the love a person has for either another person/thing.

The Guelder-rose or kalyna and Periwinkle (barvinok) are good places to start. Big bouquets with lots of flowers are an even better choice.

6. Know Where to Have Fun

For the most part, it’s going to be her assumed job to show you around the city and country since she knows it a lot better than you do. However, making a few friends here and there that know their way around so you can surprise her is also a great strategy.

On the other hand, if you’re looking to meet a Ukrainian woman for the first time, it would help to know where to go if you just want to meet someone for a transactional relationship or something to last a long time. It’ll take doing some homework..

7. Get to Know Her Family

In Ukraine, there’s nothing more important than family. For most women, it’s the center of their lives and any major decisions have to go through them.

When in a long-term relationship with a Ukrainian girl, expect to spend a pretty significant amount of time in relative proximity to her family. Not only does it show you’re an important part of her life, going to make a big difference.

Even if you don’t live anywhere close by or are not in any position to meet them, expect constant video calls asking how the two of you are doing.

8. Be as Direct as Possible

Ukrainian women respond best to direct confrontation as a way of flirting – both during courtship and while on a date. Confidence is the main aspect of this – anyone who doesn’t directly face their problems or approach a woman letting her know what he wants has no place in the Ukrainian dating game.

For the average Western man, a lot of aspects of what you’re already used to like humour and casual banter work pretty well on Ukrainian women.

Not all jokes translate properly, so you might have to do a little bit more research before getting into the thick of it. For instance, while puns are pretty hilarious if used appropriately, you might need to learn a bit of Russian first.

By this I mean take time to actually learn about Ukraine, other than ‘I heard from a guy who knows a guy that Ukrainians are all alcoholic hooligans who beat their wives.’

Russians are definitely infamous for their casual take on domestic abuse, as evidenced by the 2017 debacle with them making domestic abuse legal again.

Relievingly, it’s not something that extends to the Ukrainians. No matter what your uncle’s friend’s brother tells you, not all Ukrainians are alcoholic trolls. Both men and women are doing much better these days.

Having been greatly exposed to Western cultures and , Ukrainian values have slowly been changing. While the traditional Ukrainian woman is submissive and would rather stay at home while her husband does all the work for her, the modern woman is a lot more independent.

This is just one aspect of how modern Western ideals have changed different cultures all over the world. Ukraine is no exception.

Ukrainian women, maybe as a result of exposure to Western media and in part due to their own traditions, enjoy the idea of courtship. Regardless of where you are in Ukraine, you’re not supposed to lay a hand on your woman, no matter how assertive you think you’re being.

For the most part, however, the romance bit borrows from some of our other points: take her out once in a while, and maybe even make her breakfast if you’re feeling generous. Of course, always foot the bill and bring her gifts once you’re past the first date.