But one tradition has meant that there are tens of millions of smart, educated, and often beautiful women who can ONLY be courted by foreign men.

The tradition that kicks tens of millions of Chinese women right out of the marriage market is called Sheng nu or “unwanted women,” and for a modern, Western man it is almost unbelievable.  A Sheng nu is any unmarried woman over about twenty-five years old and in Chinese culture she is almost unmarriageable.

A woman can be incredibly smart, successful, and beautiful, but if she is still single at twenty-six she is considered Sheng nu: unwanted and unmarriageable.

Perhaps the woman was not able to marry because she was caring for her dying parents while studying to become a doctor, but it simply does not matter.

A woman may be a doctor, a model, or a doctor who is a model, but she is still Sheng nu if she is single and over twenty-five.

Perhaps this tradition made some sense in ancient times when a woman’s primary purpose in life was to raise as many children as possible.

China, like most of the world before 1850, was largely an agricultural society and the more children a family had more acres of rice or wheat the family could cultivate.  A large number of children increased the chance of the family becoming financially successful.

In those days child birth was dangerous and life expectancy was short, probably about forty-five, so by the time a woman reached twenty-five she was relatively old.  She would not be able to have as many children as a younger woman and she might well die before they reached adulthood.

Children were the retirement fund for their parents, so an older woman who probably would have fewer kids, would not be as good of a choice for a husband as a younger woman.  So, in ancient China the tradition of not marrying a woman who was older than twenty-five years old made some sense.

Today the tradition is simply crazy!

Tractors combines, and cotton pickers are no longer rare sights in rural China and that has drastically reduced the need for larger families.

Sheng nu makes absolutely no sense.  China, particularly in the big cities, is a modern country with a fast growing high tech economy.   Families are small, childbirth is generally safe, and life expectancy for Chinese women is over seventy.

Most importantly, Sheng nu does not make any sense given the huge amount of resources that Chinese society has invested in educating young woman over the last thirty years.

From about 1980 to 2014 China generally followed a one child per family policy and in families where that child was a little girl they poured all of their money, effort, and emotion into their little girls.  They encourage their girls to succeed in school, sports, and the arts in a way that would not have happened before the start of the one child policy.

Chinese families have scrimped and saved to send their daughters to the best schools.   Today tens of thousands of Chinese women are doctors, lawyers, and engineers, but if they are not married by the time they are twenty-six they are simply unmarriageable.

That is particularly tough because a woman who goes to a top university and then on to professional school is going to normally be at least twenty-four before she finishes her education.  If she goes overseas to school in the United States or Europe it is more likely she will be twenty-six, and Sheng nu before she graduates.

The tradition is particularly bizarre because the one child policy has led to a well-known gender imbalance between men and women.  To put it simply China has a shortage of women and yet this tradition of casting aside women older than twenty-six refuses to disappear.

The video below shows the enormous bias single Chinese women face once they reach their mid-twenties. It is a heartrending introduction to the subject.

It is worth watching, because it highlights both the problem of Sheng nu and because it is a reminder that even today in our heavily interconnected world certain cultural traditions remain deeply ingrained, particularly surrounding courtship and marriage.

It is a useful video for anyone pursuing international dating.  Many of the women highlighted in the video are beautiful and successful, but to some extent they are scorned because they applied themselves to succeeding in the modern world.

It is sad and strange, but similar traditions exist in many cultures and it is one of the main reason that so many so beautiful, intelligent women around the world decide to sign-up with international dating agencies.

A Golden Opportunity For Foreign Men

For foreign men interested in dating smart, hot, Asian women it is an incredible opportunity.  If you want to marry a woman who is smart, talented, and driven – even better!

It is good to point out that the Sheng nu are much less likely to be the submissive Asian wallflowers that many mail order bride web sites describe when discussing Asian women for marriage.  Compared to most of their contemporaries these women are Sheng nu precisely because they are more independent and career oriented than their friends and relatives.

But that does not mean that these women are radical feminazis, who are an incredible minority anywhere beyond the gates of a handful of progressive women’s colleges.  No, these ladies are still Chinese and they still want to be perfect mothers and excellent wives.

Family is extremely important to them, but they are simply not quite the constantly hovering, almost smothering sort of wives and girlfriends that some Western men find annoying after a while.

Sheng nu are usually a great mix of modern Western career woman and a traditional Asian wife.  For many American and European men, particularly older successful men, they are perfect Chinese mail order brides.   They certainly have some of the drive and education of Western women, but they also are still the sweet, family focused women that many Western men tend to find so appealing.

So, for Western men who have found the overwhelming attention and complete devotion of many Asian mail order brides a bit overwhelming one of China’s beautiful Sheng nu might be exactly the right mix of East and West.

And, although Sheng nu is almost always seen as starting at twenty-five, Chinese women come under heavy pressure to marry beginning at about twenty.

So, a beautiful professional twenty-three or twenty-four years old woman from Shanghai or Beijing will often be under extraordinary family pressure to marry, because her parents are so concerned that she is almost Sheng nu.  It is really is more than a little crazy as the video above points out. 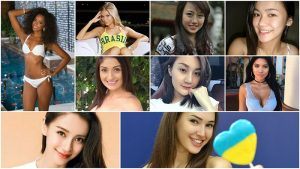 Mail Order Brides: Ultimate Guide To The Foreign Woman of Your Dreams 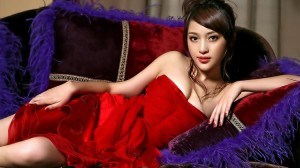 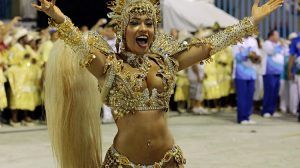 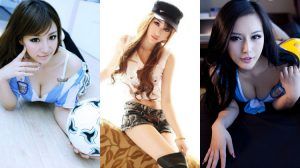