Mexican women have long been renowned as the sexiest, most fiercely passionate and some of the most lovable women on the planet.

With all the praise floating around about them, there’s no doubt in my mind you’ve at one point thought, “I wonder if I could land a Latina chick.”

The answer to that is a hard maybe.

The more important question is whether you’ll be able to handle a Mexican girl if you manage to get one.

Of course, it would be pretty dumb to assume all Mexican women are the same and to expect her to conform to the stereotypes you’ve read about in one place or another.

Dating blindly, as applies to literally any woman of any culture, is a fool’s errand.

What you can be sure of, though, is that there are certain characteristics the average Mexican woman is going to possess that are completely foreign to anyone who’s never lived or interacted with them.

Once you start dating, here are some tips to get your day started off on a bright note.

1. Learn some aspects of her culture

Mexican culture goes way past sombreros and dancing happily in the street like most people in the West are used to. It’s a pretty wide subject and would literally require a whole novel or two to be able to cover adequately.

However, there are little things about how she’s going to behave at times – like expect you to cover all the tabs and provide most (if not all) of everything at home.

It’s ll just quirky bits of Mexican culture that may take some time to get used to, but don’t act surprised when she does. Especially because others traverse relatively minor aspects of a relationship such as that.

For instance, a lot of Mexican parents move in with their daughters once they get married.

This way, she doesn’t get so pissed off when you don’t do something she expected you to know or vice versa.

Us guys have been doing it pretty much our whole lives, so it’s not really a shocking revelation; but don’t ever expect a Mexican woman, no matter how much she’s eyeballing you from across the room to approach you first.

You have a better chance of hunting sharks in the Sahara.

The dating scene in Mexico is so wildly traditional, placing a contrast between Western dating and dating in the West is shooting fish in a barrel.

Typically, once you’ve made your move and are ready to go on the first date, some sort of gift – chocolate, flowers, that kind of thing is expected to be brought for the woman.

3. Mexican dating is not sex-driven

If you’ve never been to Mexico, there’s a good chance your opinion of anyone that speaks Spanish i­s based solely on telenovelas, Narcos movies, and adult films.

Those don’t exactly portray some of the nuances of everyday life in Mexico.

Mexican women are very conservative. If you’re headed to Mexico with the intention of getting laid as soon as possible, you’re in for a real surprise.

The US and the UK, for example, are a lot more sex-driven than Mexico by a long shot.

If you really like a woman and feel like you have to have sex with her, be friends first. Once she gets to know you, maybe she’ll let her guard down.

Unlike what common lore might tell you, a gentleman isn’t someone who lets everyone else walk all over them as they please.

It just helps to have proper manners when dealing with a Mexican lady – or any lady for that matter. 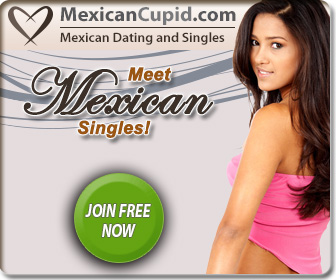 It’s really just that they are a lot easier to piss off than your average girl back at home. Something like chewing with your mouth open, slurping food in your mouth or just being a bad sport about everything going on, especially at the dinner table.

It’s the little things that you keep doing over and over that really get them seething.

For guys who meet Mexican women online, you have a bit more work to do than people that prefer to do it the old fashioned way.

It’s considered both rude and inconsiderate for you, having met a woman in Mexico online and be ready to meet her to expect her to visit you in your home country.

Most guys try to argue that if they can table the cost, there should really be no problem with her coming out to see him.

Be ready to pack up all your bags and head out to a totally new country and experience totally new adventures.

On that note, be ready to go out looking the best you possibly can. Mexican women are really picky about the kind of guy they want to date when they are a foreigner.

Many times, it just comes down to how well you dress.

Right there along with getting used to her sometimes strange culture, be ready to learn some of her language if you want to be able to communicate.

A lot of younger Mexican girls can speak very decent English, but most times, it’s the effort that counts.

With a hundred different foreign guys hounding her and trying to speak to her in English, you won’t have much success.

The strangest thing I’ve noticed about foreigners is how much they try to impose English on people in other countries.

For instance, this one guy I remember seeing at a bar tried to pick up a really fine girl, but she, of course, didn’t speak English. Then he tried to do the same thing, only this time more slowly, like that would make a difference.

Knowing what you’re getting yourself into is a pretty important aspect of any dating game, and it doesn’t get any simpler when dealing with Latina women.

Like I mentioned before, expecting every single Mexican woman to be the same in terms of personality, what she enjoys or what kind of person she likes being with the most is a dumb game to play.

Mexico is pretty old school when it comes to the love game.

Women don’t like to take things way too fast, so you have to take them out and get to know them. This should serve as a great opportunity to place them in the right categories of what kind of person they are, though.

While it’s definitely a good idea to know what to expect, don’t blow it out of proportion. If she doesn’t fit the profile of the woman you want to be with, move on to the next one.

Don’t be one of those guys making fools of themselves by saying idiotic things like, “you’re not even a real Latina.” or “you don’t act like a Latina. Are you sure you’re one?”

In addition to this, I cannot begin to explain just how many fake profiles there are on the internet of people pretending to be Latina women when they are clearly not in real life.

I’m not just talking about a Russian syndicate running a whole scammy site with one woman operating ten different profiles. I’m talking dudes being taught how women flirt and who to say to a person reacts to certain advances and how to speak like a woman.

Be careful out there. Most of all, don’t send money to anyone online.

9. For God’s sake, get along with her family

Nothing is more important to a Mexican woman than her mother and father.

Often, she is even just as close to her extended family. It’s not really surprising since they spend pretty much their whole lives – including much of their adult lives – living with mum and dad.

For which reason, her mother and father are the shot callers.

It’s not even worth mentioning that if you want to date her with as little complications as possible.

Be a proper gent and get along with her mom – bring her gifts when you go to visit – and her dad – make sure your handshake is firm and always maintain eye contact.

Finally comes one of my most controversial opinions about Mexican women.

They want a ‘man’s man,’ as we call them back at home. A guy who’s tough enough to defend her should the need arise and be willing to take charge should big or small decisions need making.

Admittedly, it takes quite a bit of getting used to, coming from a household where equality was paramount. And for which reason, if you can’t handle it, Mexican girls might just not be for you.